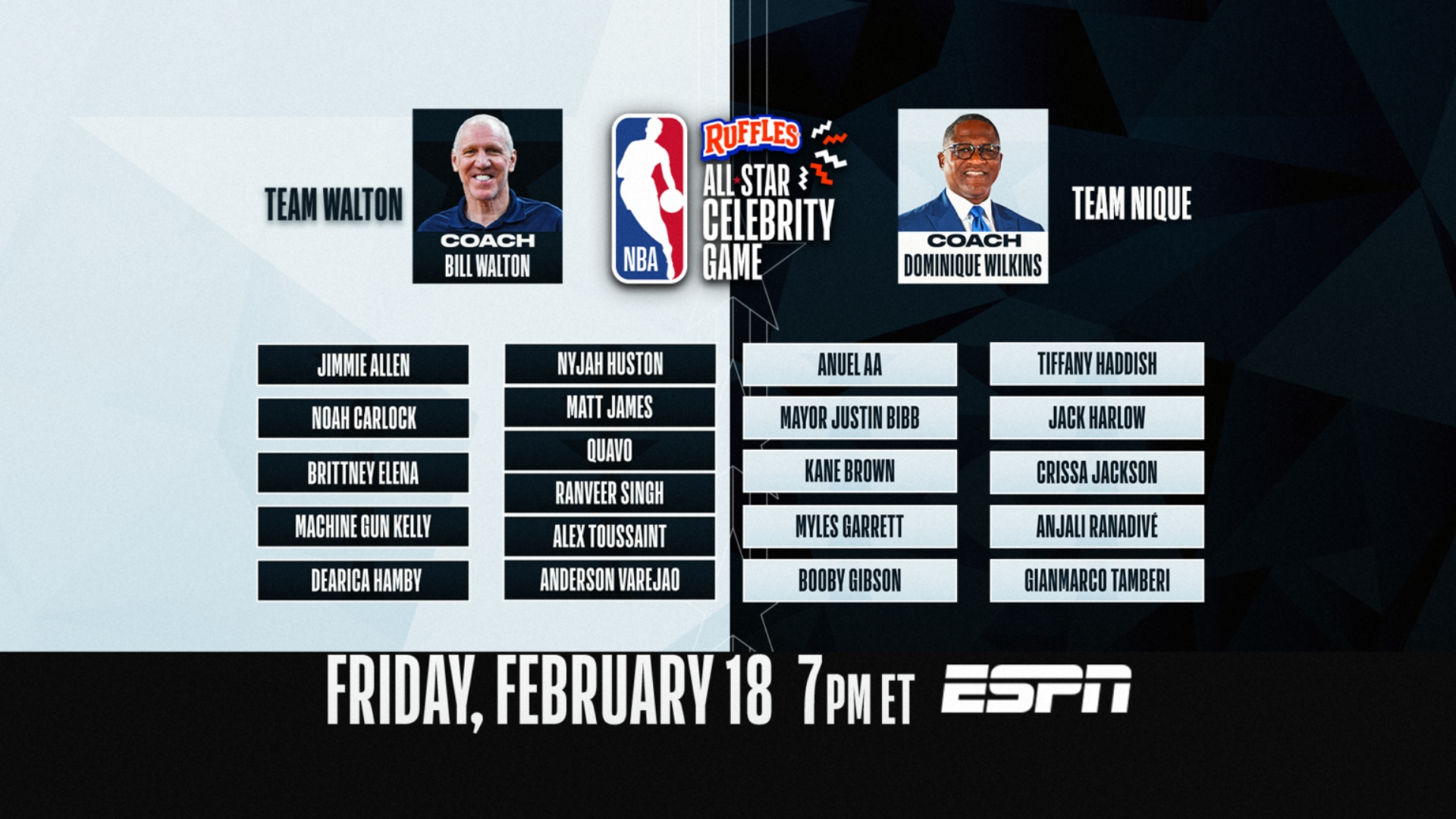 On Wednesday, the rosters for the 2022 Ruffles NBA All-Star Celebrity Game were announced.

Rosters are named after their coaches, going by “Team Nique” and “Team Walton”.

You can find more details on the game and full rosters below.

When is the 2022 Ruffles NBA All-Star Celebrity Game?

This game will be played at the Wolstein Center in Cleveland.

ESPN NBA reporter and host Cassidy Hubbarth will return as the host of the broadcast while ESPN NBA analysts Kendrick Perkins and Richard Jefferson, who work closely together on ESPN’s NBA Today, will serve as first-time Celebrity Game analysts.

The 21 participants in the game feature actors, comedians, singers, rappers, athletes and more.

The list of actors on the rosters are headlined by Ranveer Singh, Tiffany Haddish and Brittney Elena. While Singh and Elena make their debuts suiting up for Team Walton, Haddish will represent Team Nique.

Of the 21 participants, six can be classified as singers or rappers, headlined by Cleveland-native recording artist Machine Gun Kelly (Team Walton).

The athlete pool for this game includes players from the past and present, including a couple of Cavaliers legends in Booby Gibson (Team Nique) and Anderson Varejao (Team Walton).