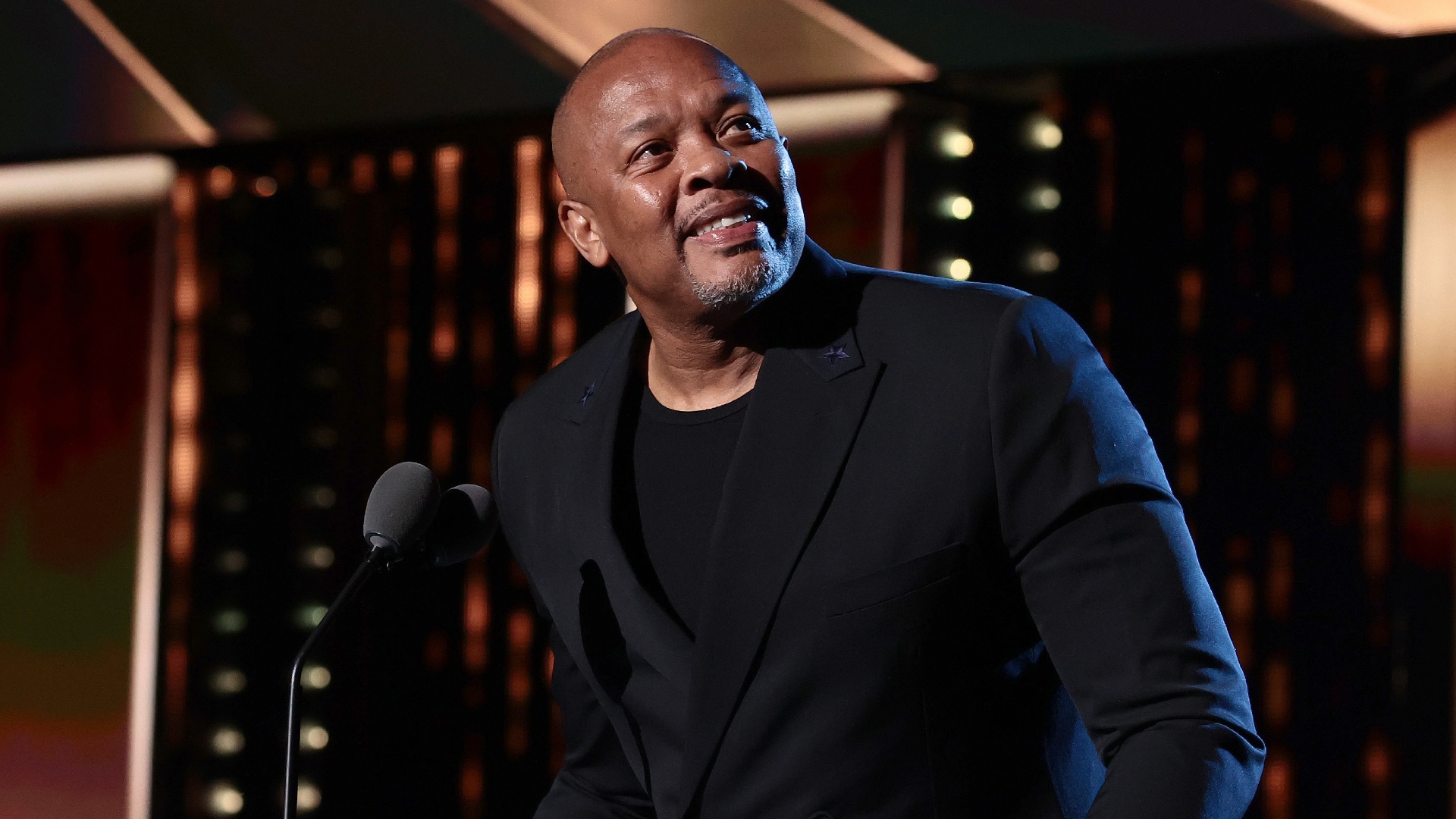 Did someone from the NFL offices call for a doctor?

Dr. Dre is set to join Eminem, Snoop Dogg, Kendrick Lamar and Mary J. Blige on Sunday at SoFi Stadium for the Super Bowl 56 halftime show. The five music legends have combined for a total of 43 Grammy Awards and produced numerous hit songs, so they are expected to deliver stellar performances when the Bengals and Rams head to their locker rooms.

“I’m not trying to be egotistical or anything like that, but who else could do this show here in LA?” Dr. Dre said at the pre-Super Bowl press conference. “Who else could perform the halftime show other than these amazing artists that we’ve put together for this thing?”

Here are a few things you should know about Dr. Dre before he takes the stage for the Super Bowl 56 halftime show.

Dr. Dre is 56 years old. He was born on Feb. 18, 1965, in Compton, Calif. He came from a musical background, as both of his parents were singers. He moved around frequently as a child, and he struggled as a student at multiple schools.

After high school, Dr. Dre got more involved in music, and he was often seen hanging out at the Los Angeles club Eve’s After Dark, where he eventually began working as a DJ. He joined the World Class Wreckin’ Cru, a hip-hop group that rose in local popularity during the mid-1980s.

Dr. Dre later met O’Shea Jackson, better known as Ice Cube, and they became members of N.W.A, which also included Arabian Prince, Eazy-E, DJ Yella and MC Ren. N.W.A’s debut studio album, “Straight Outta Compton,” turned the group into a national sensation — or a national menace, depending on how the listener felt about the lyrical content.

What is Dr. Dre’s real name?

Dr. Dre’s real name is Andre Romelle Young. When he first started working as a DJ, he borrowed the doctor portion of his nickname from one of his favorite athletes, Julius “Dr. J” Erving. He then combined it with Dre, short for Andre, and the full name was formed.

MORE: How much are Super Bowl halftime show performers paid?

Dr. Dre’s net worth is $500 million, according to Celebrity Net Worth. He has earned millions of dollars from his work as a producer and rapper, but his biggest financial success came from Apple’s $3 billion purchase of Beats Music and Beats Electronics.

Where is Dr. Dre from?

Dr. Dre is from Compton, Calif., which has produced several hip-hop legends, including another Super Bowl 56 halftime show performer in Kendrick Lamar. Dr. Dre named his third studio album after the city. It was inspired by the movie “Straight Outta Compton,” which chronicled the rise and fall of N.W.A.

Does Dr. Dre have kids?

Dr. Dre’s oldest daughter is LaTanya Young. She revealed in December 2020 that she had not seen her father in nearly two decades, and he had never met his grandchildren. She told The Daily Mail she had been struggling financially, but she didn’t want his money.

Dr. Dre has seven other children: Curtis, Tyra, LaToya, Ashley, Marcel, Truice and Truly. He had another son, Andre Jr., who died in 2008 from a drug overdose.

Dr. Dre was married to Nicole Young for nearly 24 years before the couple finalized a divorce settlement in December 2021. As part of the agreement, Dr. Dre reportedly had to pay Nicole $100 million. He kept his real estate properties and rights to his music.