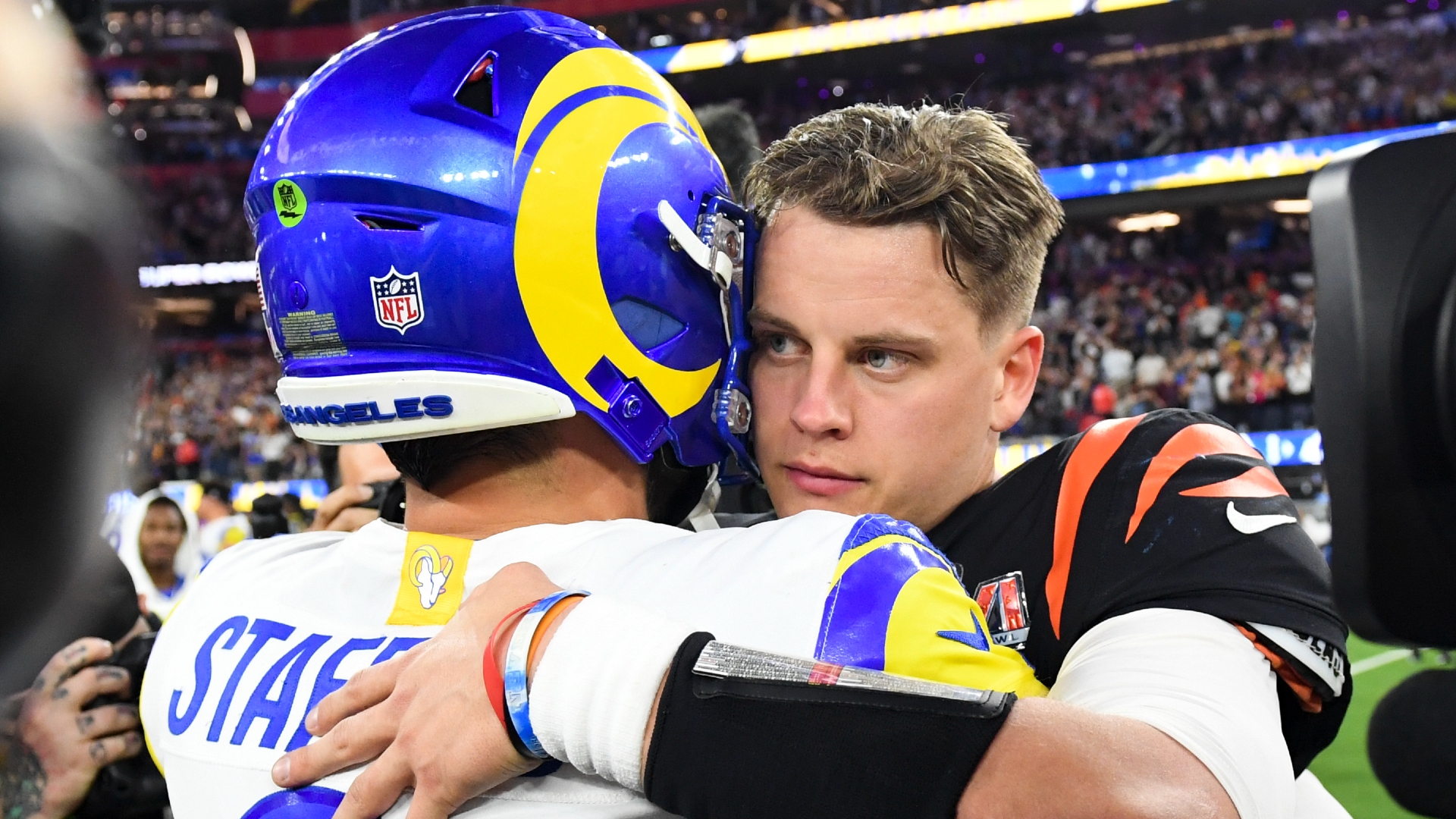 Matthew Stafford stole the Bengals’ soul, but showed that he still has one himself.

Stafford led the Rams down the field late in the fourth quarter of Super Bowl 56 and sent Cincinnati home packing following a Cooper Kupp touchdown pass (and, later, Aaron Donald sealing the game).

The Rams QB admitted a few weeks ago that he takes great pleasure in breaking hearts. He spent time following the game, though, trying to heal up a heart he broke in Bengals’ QB Joe Burrow.

The two shared a heartwarming moment following the game, with Stafford seeking out Burrow and offering some words of encouragement in your typical post-game on-field scrum with opposing players.

MORE: Joe Burrow may have a new best friend after Super Bowl 56

“You’re a hell of a player, you got a great future, man. Love competing against you. You just keep being you, buddy,” Stafford told Burrow during their post-game embrace.

While the Bengals couldn’t put away the Rams, Burrow’s time at the top may be coming. The second-year passer willed his team to the Super Bowl despite clear offensive line issues throughout the playoffs. Cincinnati’s work this offseason is cut out for them.

One thing is certain, though: Burrow seems to have no issues being himself — at least if his wardrobe is any indication.