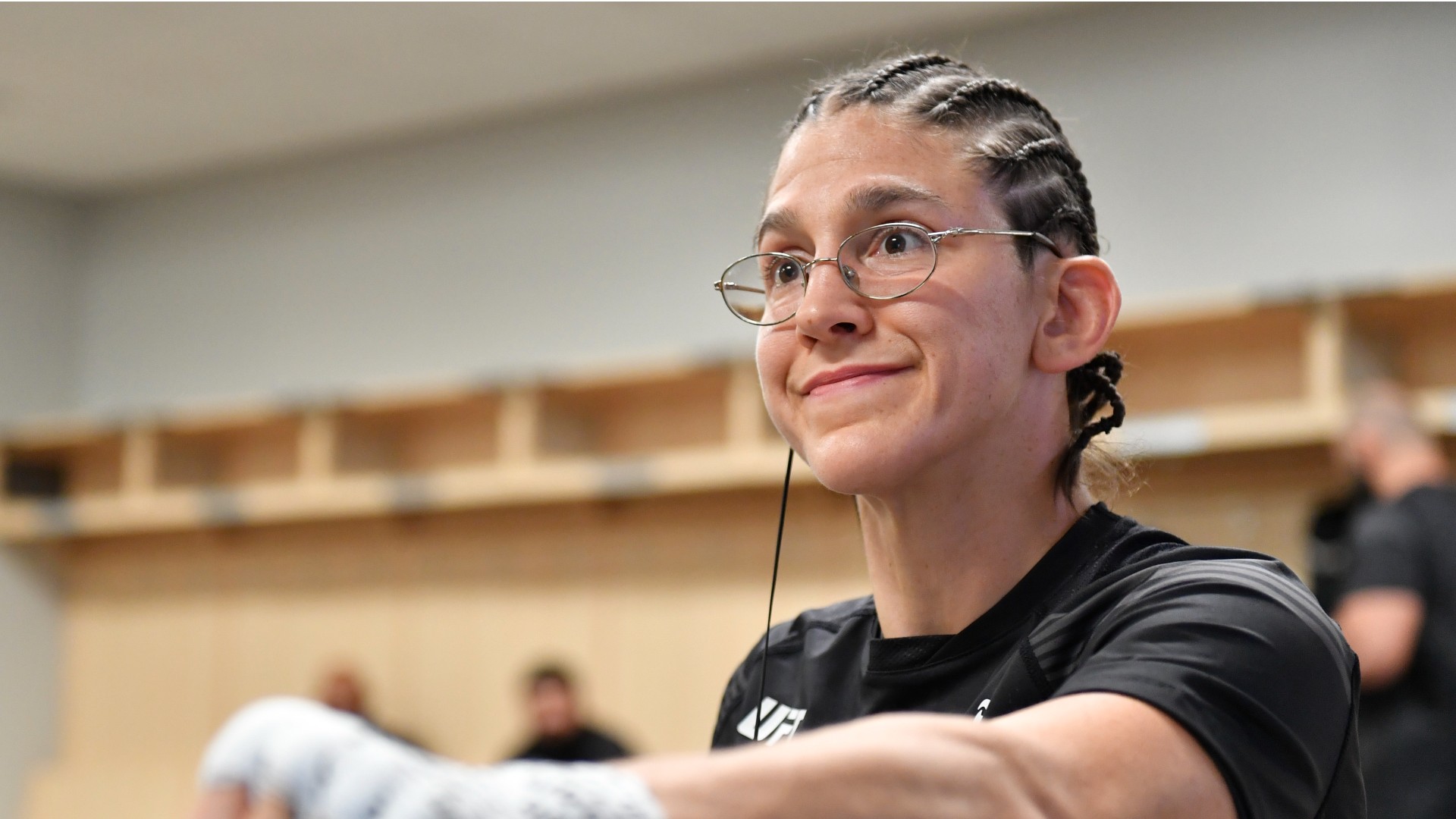 Feb. 12 will mark the end of an era. Roxanne Modafferi, a fighter with more than 20 years of experience, will be entering the octagon for the final time at Houston’s Toyota Center. At UFC 271, “The Happy Warrior” faces Casey O’Neill.

Modafferi (25-19) started her pro career in 2003. During a time when women’s MMA was not as prominent, she became a true pioneer. Modafferi has competed for Ring of Combat, Strikeforce, King of the Cage, Invicta FC, and the UFC. With the UFC, she made herself known to many by competing for the UFC flyweight title against Nicco Montano.

Over the years, Modafferi has competed against a who’s who of fighters, never turning down a challenge. Her journey ends on Saturday, and the 39-year-old is looking to go out with a win.

Sporting News spoke with Modafferi about her last fight and what to expect, while also looking back on her career. Modafferi also explains how the code of her favorite anime character brings some value to the real world.

Sporting News: With everything going on, how has the preparation for this fight been? Has it felt different?

Roxanne Modafferi: It has been a good camp! I have been working with several coaches at Syndicate MMA. Jonny Parsons, the Sluggernaut, my Muay Thai coach, has been helping me out a lot. I’m also working with John Wood, as well as Mike Pyle. Not only do I want to have a game plan for Casey, but I also want to do some “super attacks” that I have been thinking about doing.  This is my last chance. I’ve been landing some of those in the gym, and it’s been so funny. I hope to have some fun and win at the same time

SN: When training, does it feel bittersweet, knowing it is the end of a part of your life?

RM: It’s been really bizarre. I could not have anticipated the way it turned out. Years ago, I loathed the end, saying, “no, I don’t want to stop.” My life situation has changed, and I don’t want to get hit in the head anymore. I kind of want to move on. Although I love MMA and the training, it’s changed a little bit. My team has also changed. The same people aren’t there, and it hasn’t been as fun as it used to be. I feel a little pressure since it is my last MMA fight, but I’m also looking at it as my life’s going to change. I’m excited about that.

SN: Your reputation has resulted in you being praised and respected. It is a title similar to holding the BMF belt. Would you welcome an ambassador-type role?

RM: Nothing would make me happier because I really want to spread the martial arts spirit into this world. Even when I’m not competing. Fans have told me I inspire them, and that’s awesome. Anything I can do to continue that would be awesome!

SN: Your opponent is 24-year-old Casey O’Neill (8-0), considered the next generation within women’s MMA. What can we expect from you when it relates to fighting someone like her? What do you see?

RM: Kids these days (laughs)! People are training younger and younger now. I have some amazing Jiu-Jitsu students that are like 8 years old. Who knows how long she has been training. I know I can win, I just have to go in there and do it. I have the experience, and she’s strong and upcoming. I respect everything about her.

RM: I’m sure she’s thinking there is. I try not to overanalyze it myself. I’m feeling the pressure, but I’m trying not to think too much about the opponent, I say yes to everybody. I’m just so happy to fight, it has always been like that. To me, now, it’s all about whoever is in front of me, getting them in the octagon, choking them, and trying and finish the fight.

SN: Who is your favorite opponent you have faced?

RM: I had an awesome trilogy with Tara LaRosa. My favorite fight was provably Nicco Montano for the (UFC flyweight) title. It was just a slugfest, and it was able to bring out the best in me. I have a lot of fights I liked. Tara was one of my favorite opponents.

SN: You have been someone who has consistently made weight over the years for your fights. For others, that has been a problem. You are passionate about fighters making weight. Is there something that can be done to help protect the fighters, or to make sure fighters make the required weight they agree to?

RM: Fortunately, I’m not one of those females who bloat 10 pounds of water when they are on their menstrual cycle. I sympathize with those who do go through that. I believe, however, if that is a regular thing and they can’t control that, they are going to have to go up a weight class. If you can’t make the weight, go up a class. I’m adamant about that.

MORE: UFC 271: Tai Tuivasa going into the biggest fight of his career like only he can

SN: What is the greatest anime of all time?

RM: I was probably most inspired by Dragon Ball Z. Maybe the greatest anime would be Naruto. My top three are Naruto, Dragon Ball Z, and One Piece. One Piece inspired me an incredible amount.

SN: Who is your favorite character from One Piece?

RM: At one point, it was Zoro. Now, it’s Luffy. He always wants to do something right, even if it is stupid or simple. Everyone is like, “you can’t do that” and he’s like, “I’m going to do it because it’s the right thing.” He doesn’t waver over what he thinks is right, and I like that. I think that represents, in life, the right choice is usually the hardest choice for us.

SN: What is your favorite version of Dragon Ball Z? Favorite character?

RM: I enjoyed the Cell and Majin Buu saga. I love the whole franchise, but I really liked Dragon Ball Super. The Tournament of Power was a pretty cool part of the series.

SN: What advice would you give to your rookie self?

RM: I wouldn’t change the past because it led me to The Ultimate Fighter and Syndicate MMA. Don’t take the (Takayo) Hashi fight. I got hurt (knee) and still accepted the fight.

I would say don’t give up. I read a quote about giving up, and it stated, “choosing not to continue something is different than giving up.” That’s interesting. A lot of people, friends included, encourage you not to give up. They say to not stop doing this activity or that. That person doing the activity has to make their decision. Don’t give up because you are frustrated by emotion, but if you make a decision to discontinue an activity, that’s OK. That’s what I’m doing now. I’m not giving up MMA. I’m making a decision not to continue in the UFC and fighting overall.