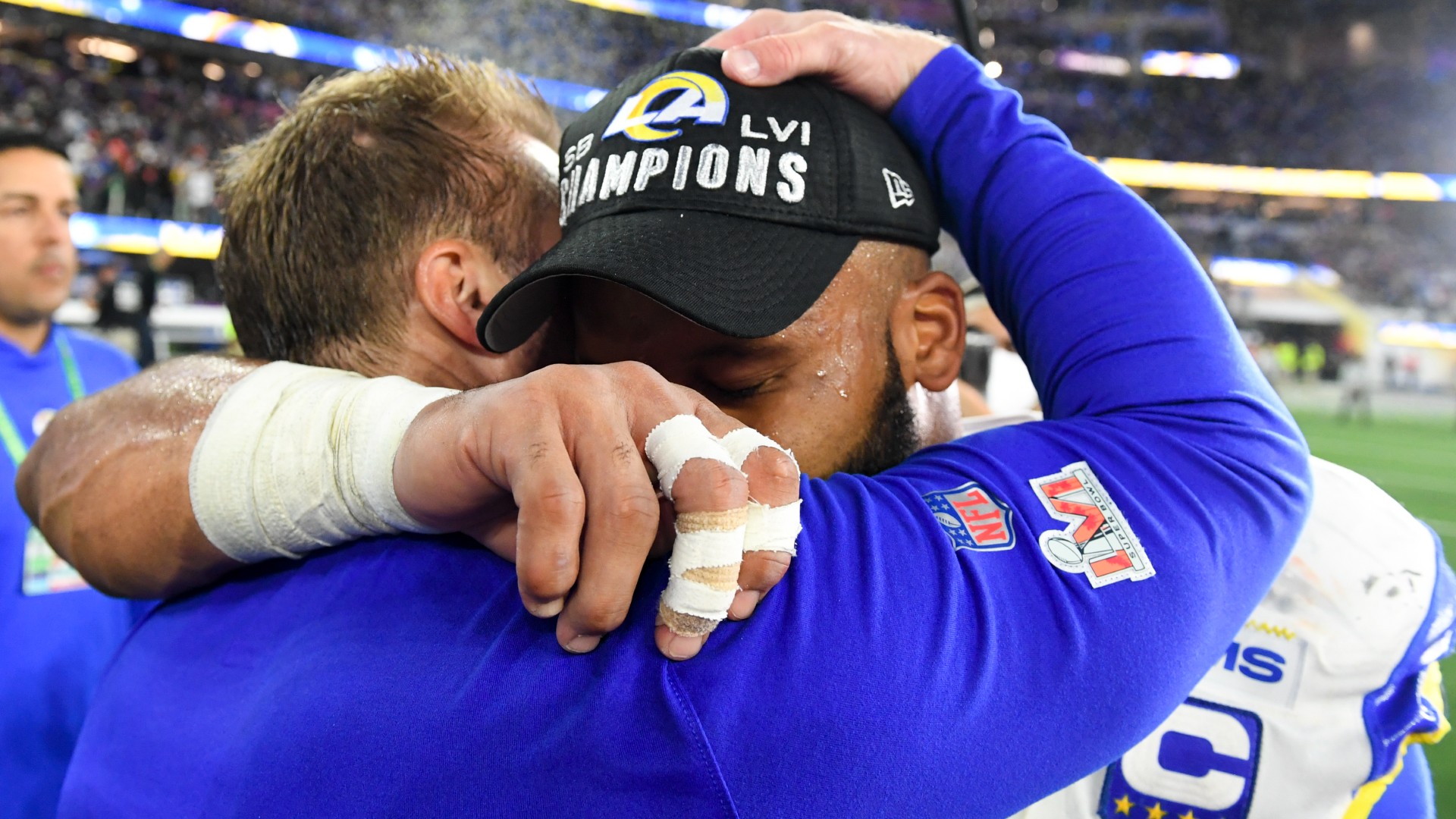 Sean McVay was mic’d up during Super Bowl 56, and his reaction to the Rams’ game-sealing play was priceless.

McVay was roaming around the sidelines before the Bengals’ fourth-and-1 play from the Rams’ 49-yard line with nervous energy. He was shouting words of encouragement to his players during the Bengals’ timeout, and he walked up to Aaron Donald to give him a high-five.

“Hey, Aaron! This is the moment,” McVay said in a clip from NFL Films. “Right now.”

IYER: How six plays helped the Rams win Super Bowl 56 over the Bengals

Was it ever. Donald was able to get pressure on Joe Burrow quickly during the fourth-down play. That forced the Bengals’ quarterback to throw the ball away and clinched a Super Bowl 56 win for the Rams.

“Aaron Donald’s gonna make a play,” McVay said, to nobody in particular.

Obviously, McVay was right, and after the game, he sought Donald to celebrate the game-winning play with the defensive star.

“I knew you would make that play!” McVay shouted while embracing Donald.

BENDER: Bengals’ pass protection issues caught up to them in Super Bowl loss

Donald has played eight NFL seasons and is a seven-time All-Pro. He had two of the Rams’ seven sacks before notching the key pressure during the final defensive play of the Super Bowl.

As such it’s easy to understand why McVay was so confident the veteran defensive tackle would impact Burrow on the play. It’s simply what Aaron Donald does.