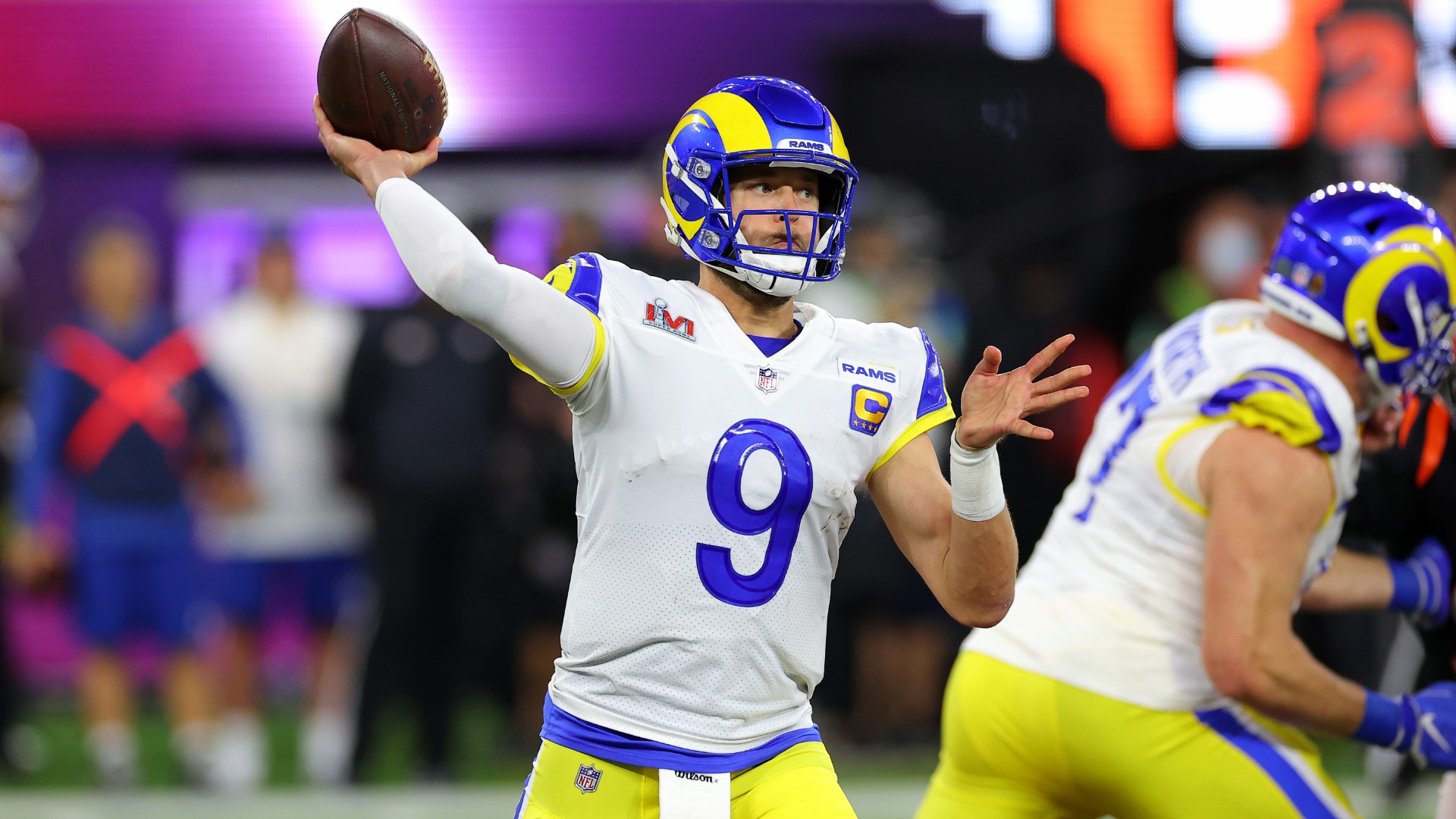 Matthew Stafford led the Rams to a victory in Super Bowl 56 thanks to a 15-play, 79-yard drive on Los Angeles’ penultimate possession of the game.

The Rams had been limited to just 58 yards of total offense in the second half and were trailing 20-16 before their game-winning drive. In the drive’s early stages, it looked like the Rams’ struggles moving the ball on a stout Cincinnati defense would continue.

Then, Stafford completed a pass that jumpstarted the Rams’ offense. His 22-yard strike to Cooper Kupp over the middle of the field to put Los Angeles at the Bengals’ 24-yard line with just under three minutes left in the game.

The most impressive part of the pass from Stafford to Kupp? It was a no-looker, as you can see below.

What a DIME from Stafford. 🎯

That was a risky pass by Stafford, who was throwing the ball into a tight window. If Stafford missed or the Bengals’ defense played tight coverage on Kupp, the Rams’ quarterback could have put the ball in harm’s way.

BENDER: Bengals’ pass protection issues caught up to them in Super Bowl loss

Instead, he fit it in. The throw had the zip needed to get to Kupp and hit him in stride for the big gain. And Kupp described the throw as perfect after the game.

“That was probably the best no-looker of his life,” Kupp said, per Ari Meirov. “I saw the lane and he fit it right in there.”

The dime from Stafford was one of the Rams’ longest offensive plays of the day and was easily Los Angeles’ longest of the second half. It was certainly was a big part of the Rams’ Super Bowl 56 win and will forever be remembered as the catalyst for that game-winning drive.

‘THE SPORTING NEWS 7’ PODCAST: Reactions to the Rams’ Super Bowl win and an iconic halftime show