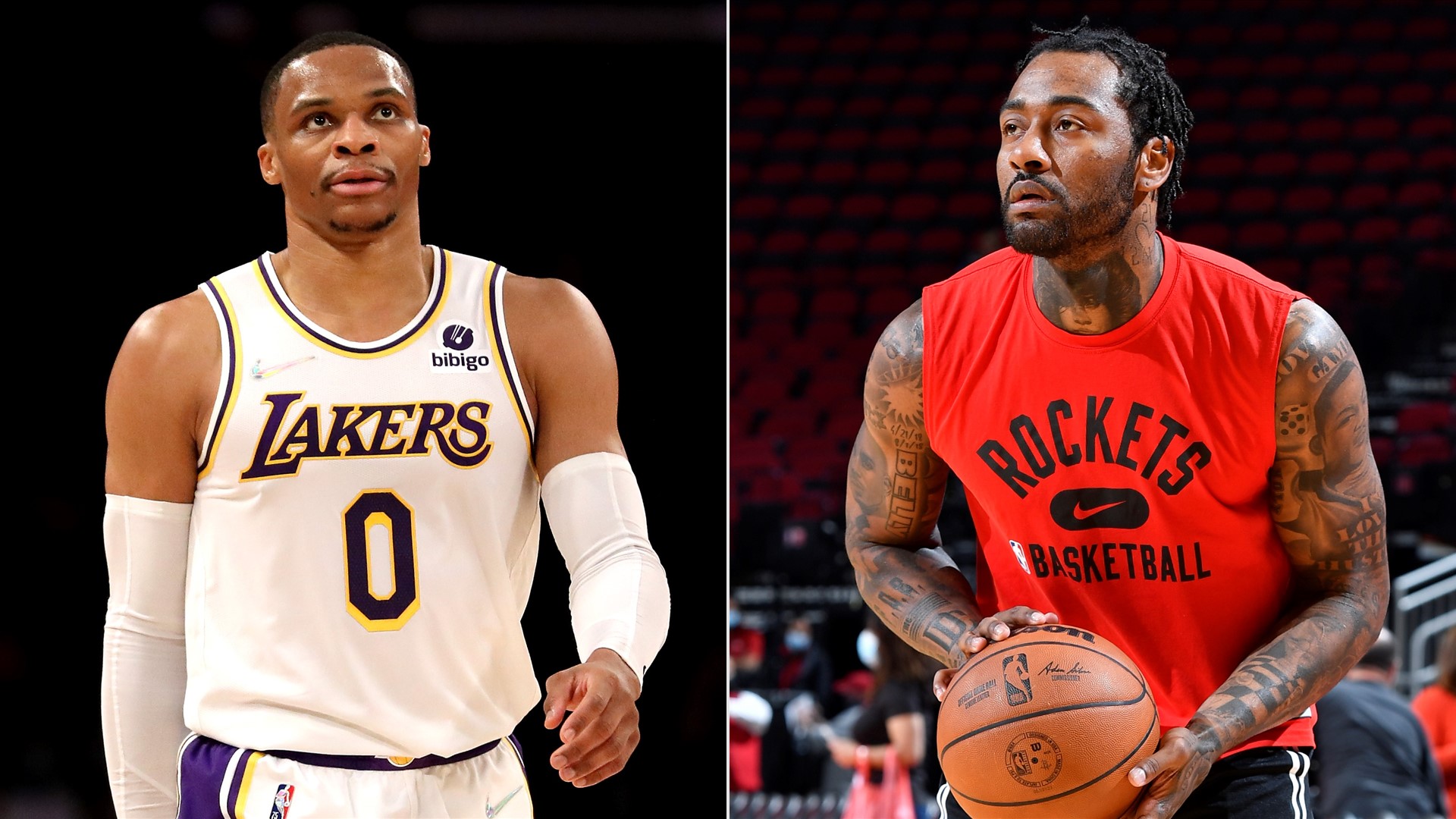 Given the Lakers’ slump coming into the deadline, having lost 11 of their last 16, some activity was expected on their end especially with regards to their superstar offseason acquisition Russell Westbrook.

However, in the end, things didn’t fall into place, most likely because of the assets at their disposal or lack thereof.

Having said that, the Lakers did have a discussion on Westbrook on Thursday.

As per reports by Yahoo Sports’ Chris Haynes, they rejected a deal with the Houston Rockets for John Wall.

Wall hasn’t played a single game in Houston this season, sitting out with no place in the rotation as the franchise gives the younger cornerstones more playing time.

On the flip side, Westbrook’s fit with the Lakers has been debated and discussed after nearly every game, especially during the team’s recent spiral.

In 55 games for his hometown franchise, the former MVP is averaging 18.3 points, 7.8 rebounds and 7.6 assists on shooting splits of 43.5 percent from the field and 29.8 percent from beyond the arc.

However, the Lakers were against giving up that first, and thus, the deal didn’t eventuate.

If this Lakers-Rockets did go through, it would have been the second time in two years that Westbrook and Wall would have swapped teams and headlined a trade.

The previous time, their names were involved in a trade was in the 2020 offseason.

Back then, the Rockets traded Westbrook to the Wizards in exchange for Wall and a 2023 first-round pick.

OFFICIAL: The Houston Rockets have acquired John Wall and a future first round pick from Washington in exchange for Russell Westbrook.

What’s next for Lakers?

No activity at the deadline means the Lakers now move on to the buyout market.

Including two-way players, the team has its full quota of 17 players and thus, has no open roster spots.

So, if they were to add any players through the buyout market, they would need to waive a player.

Following the deadline, the Lakers have two games on the schedule – at Warriors and vs. Jazz – before the All-Star break.

This upcoming Warriors game tips-off a stretch of seven consecutive nationally televised games, with marquee opponents such as the Mavericks, neighbours in the Clippers twice, Pelicans and Warriors again.

According to tankathon, as of Feb. 10, they have the toughest remaining schedule.