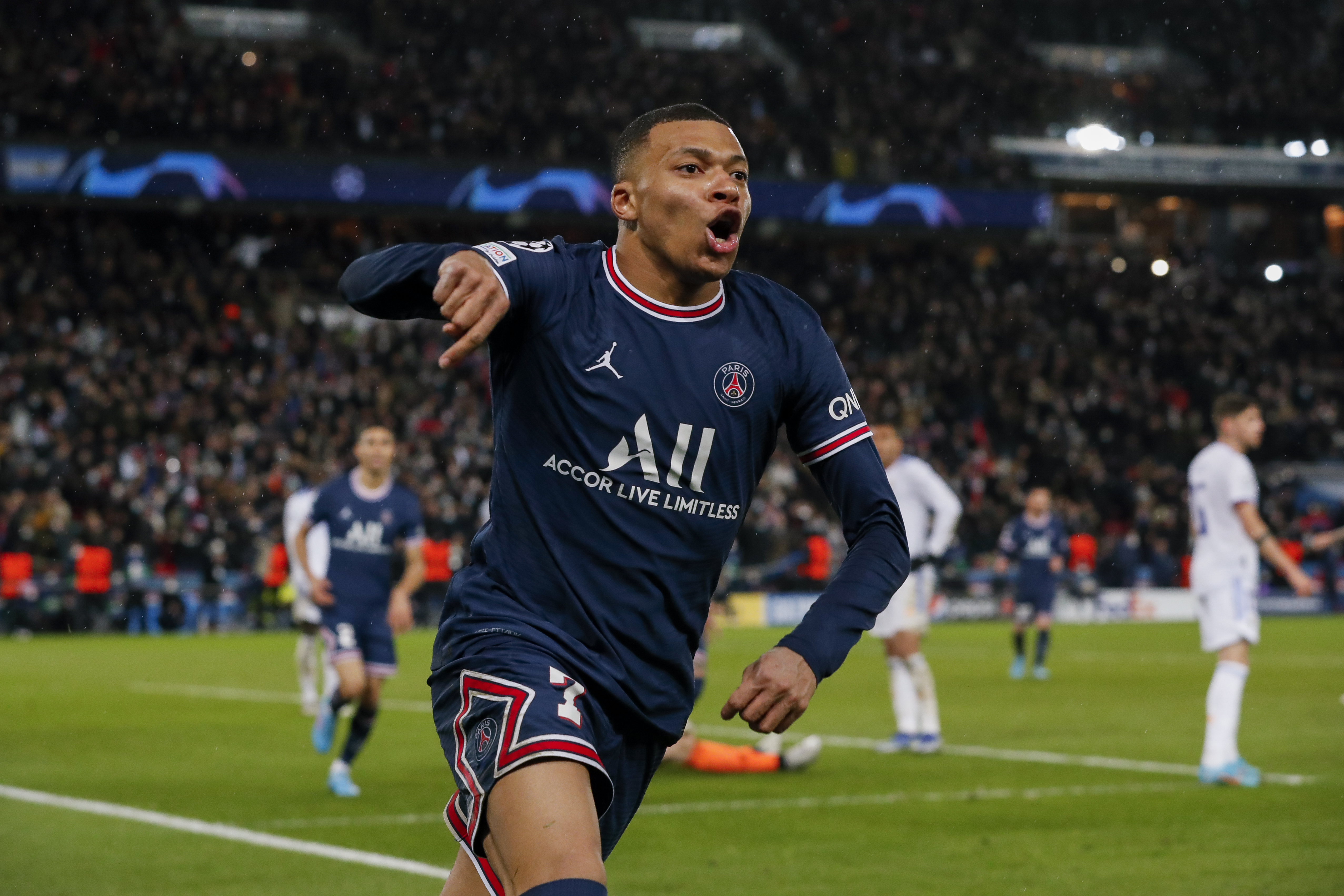 PSG vs. Real Madrid was always destined to be won by one player … Kylian Mbappe.

The pre-match buildup surrounding Real Madrid’s trip to Paris was dominated by the French international with every possible angle focused on the 23-year-old.

Mbappe’s ongoing contract standoff in Paris places him on the road out of the Parc des Princes this summer with Real Madrid his apparent certain destination.

He’s been habitually linked with a move to Madrid during his time in Paris, and if that marriage materializes like many expect it to, the last-16 clash gave Real Madrid supporters a glimpse of what might be coming their way.

Despite the glittering array of stars on both sides, with Lionel Messi and Neymar on the field for PSG, and Les Bleus teammate Karim Benzema leading Los Blancos’ attack, the narrative was dominated by Mbappe.

From kickoff in Paris, Mbappe’s driving runs from wide left exposed an over-worked right back Dani Carvajal,  and created gaps in behind Real Madrid’s back line.

With the game stuck at 0-0 — and not for the home team’s lack of trying — PSG manager Mauricio Pochettino attempted to shake things up with a positional switch for Mbappe in the second half.

But it was a return to the left wing in the final 10 minutes that ultimately tipped the game for PSG, as Mbappe showed his ability to score THAT type of goal in THIS type of game.

Real Madrid’s tactical set-up in Paris showed Carlo Ancelotti’s hand at work since his return to the club this past summer.

The Italian has restored solidity and focused on exalting performances from his veterans alongside the exciting verve of younger rising stars like Vinicius Jr and Eduardo Camavinga.

However, the Spanish side’s performance in Paris also showed a worrying lack of cohesion in attack, with a half-fit Benzema unable to influence the game, and Vini Jr well-contained by PSG’s Achraf Hakimi.

Vini Jr and Benzema have struck up an impressive partnership in 2021-22, with a combined 36 goals and 15 assists in La Liga and Champions League action. But it wasn’t happening for them on this night.

Real Madrid needed a stroke of genius from someone, something like the X-Factor that Mbappe brought to PSG in the final minutes of the match. Benzema, who turns 35 this year, has typically provided it for Real Madrid, but he may not be able to do so on a regular basis for too much longer.

The Real Madrid succession plan was laid bare on this day— even if Benzema extends his Real Madrid contract beyond 2023. Mbappe projects to be his heir at the club.

If Real Madrid succeed in landing Mbappe, the likelihood is that he moves inside to occupy that Benzema position as he enters his mid-twenties, removing any questions about a potential clash at left wing with Vini Jr.

Mbappe’s time at PSG seems to be nearing a natural ending, especially with no progress on an extension, despite the club’s constant attempts to tie him down.

The arrival of Messi added yet another expensive trinket to the PSG attack this summer, alongside Neymar and Angel Di Maria, but Mbappe has still risen to the challenge.

A total of 17 club goals across all competitions puts him clear ahead of his all-star colleagues, with 14 assists to his name (double Messi’s total).

He comes out on top in almost every key attacking metric for PSG’s regular starters, including averaging 1.22 goals plus assists per game, an expected goals (xG) per 90 of 0.65, and an xG+A per 90 of 0.95.

This form shows he is reaching a new level, on par, in terms of performances, with any other elite attacker in Europe. And he’s growing restless in his hunt for a new challenge.

Despite what reports paint as an open-and-shut situation surrounding Mbappe’s contract situation, as he gets set to become a free agent this summer, Real Madrid will still surely face some last-ditch competition.

The deep pockets of PSG mean they will make another push for a renewal in the final weeks of the season and a Champions League win for the club (and legend status for Mbappe) could give them a final bargaining chip to convince him to stay.

However, the allure of donning the famous white jersey of Real Madrid might have already won over Mbappe. With no transfer fee in the mix, the path to Madrid is clear of obstacles.

Image rights and bonuses are set to reach eye-watering levels over the summer, as Real Madrid aim to close out an agreement with him. But the type of game-breaking quality Mbappe used to bury Madrid in Paris will surely make it all worth it to have him on their side come this time next season.