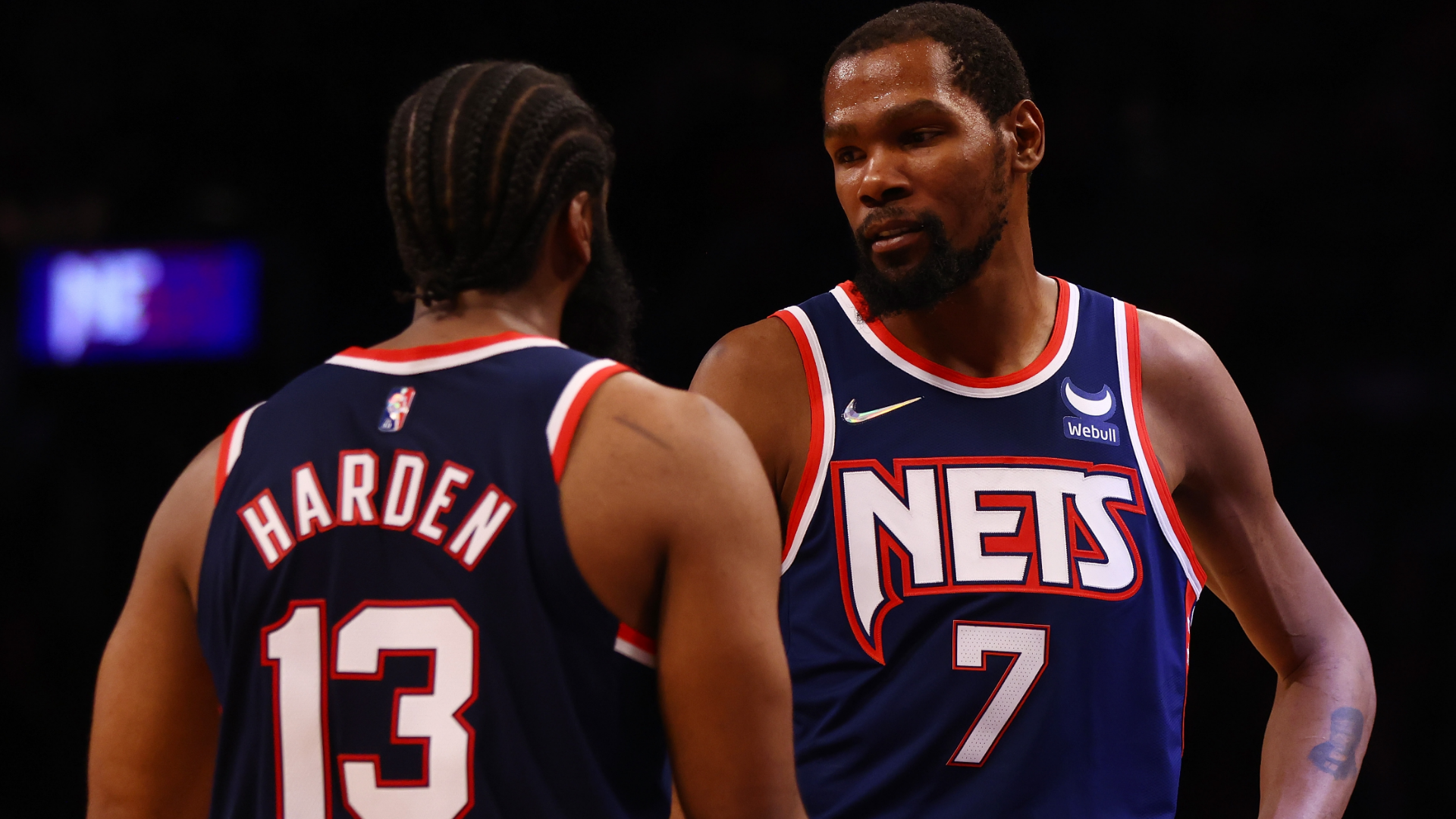 If the All-Star Draft is any indication, Kevin Durant showed there may be some tension between himself and James Harden following the blockbuster trade that sent the guard to Philadelphia on Thursday.

As All-Star captains, Durant and LeBron James were selecting players for the upcoming game and Durant avoided picking Harden, going with the Jazz’s Rudy Gobert instead.

As Durant was explaining his decision to go with “size” James held a clipboard in front of his face to hide how much he was laughing.

Harden was traded to the 76ers earlier in the day for Ben Simmons, Seth Curry, Andre Drummond and two first-round draft picks. The deal was the culmination of weeks worth of innuendo suggesting the former Net was unhappy in Brooklyn, displeased with a number of things, including Kyrie Irving’s status as a part-time player.

Harden had not played in the Nets’ previous three games with a hamstring issue, but there was talk that he was sitting out with the expectation that he would be traded.

Inside the NBA host, Charles Barkley joked about that during the All-Star Draft, too.

“He got traded, he’s healthy now,” Barkley said, and even Durant cracked a smile at that one. “He’s rubbing Icy Hot on that thing. He’s playing the next game,” Barkley continued.

LeBron is loving this. 😂😂. Even KD finally smiled.

The All-Star game is set to be played in Cleveland on Feb. 20.