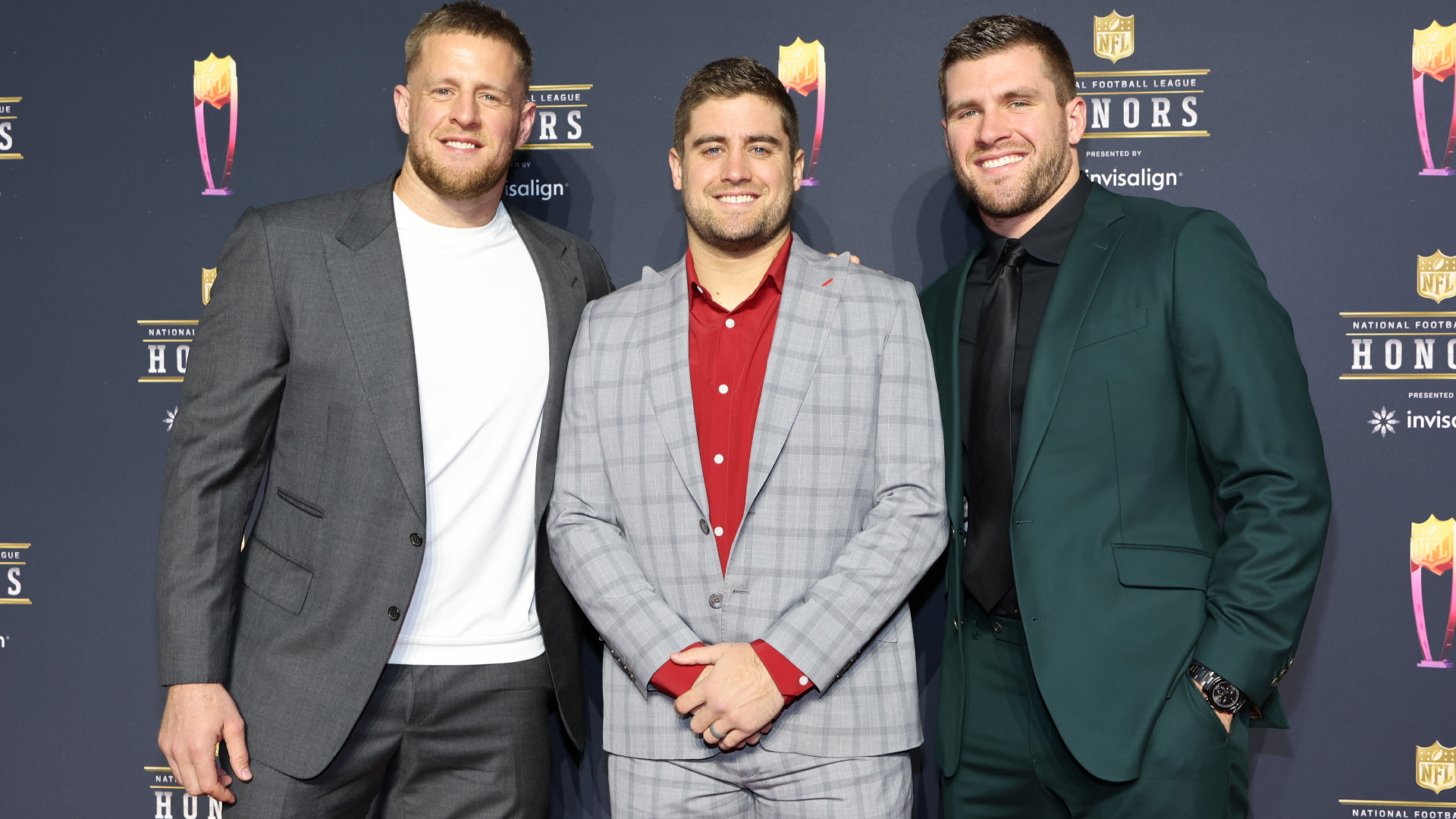 That was reinforced Thursday at the 2022 NFL Honors in the lead-up to Super Bowl 56. J.J. Watt, a three-time Associated Press NFL Defensive Player of the Year, presented younger brother T.J. with the award for the 2021 season. It was T.J.’s first DPOY.

What a moment for @JJWatt & @_TJWatt

T.J. Watt tied Michael Strahan’s NFL single-season sack record with 22.5 while also leading the league in tackles for loss (21) and quarterback hits (39). This is the second year in a row that T.J. Watt led the league in all three categories.

Last season, he finished second in DPOY voting last season to Rams defensive tackle Aaron Donald. Watt made it clear at the time that he thought he should have won the award.

T.J. Watt is the NFL’s Defensive Player of the Year.

Reminder: a year ago, he tweeted this when Aaron Donald was announced as the winner ⬇️https://t.co/3lxL40KGNY

This year, there was no debate about whether Watt was deserving, but that didn’t stop Twitter from having some fun while also celebrating the magnitude of the moment of J.J. presenting the award to T.J.

JJ Watt hugging TJ Watt and presenting him with the DPOY award:

That’s in the hall of fame of bro hugs

JJ Watt presenting the DPOY award? I mean, now it can REALLY only go to one guy.

T.J. Watt became the eighth Steeler to be voted DPOY, the most of any franchise. He is the first Pittsburgh player to win it since safety Troy Polamalu in 2011.