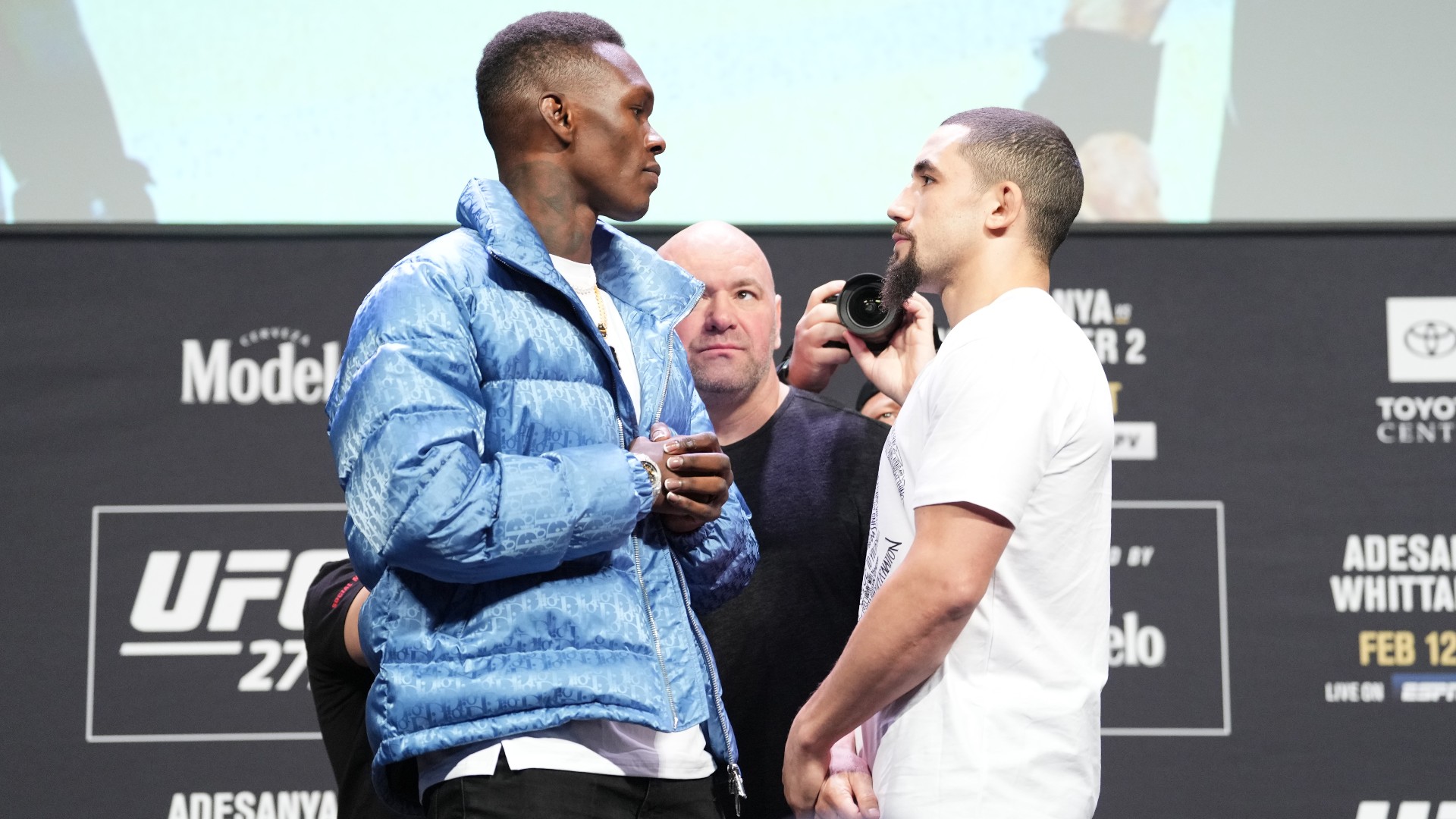 The UFC middleweight title is on the line at UFC 271, as Robert Whittaker is hoping for a chance at revenge on February 12.

Inside the Toyota Center in Houston, Israel Adesanya defends the title against the former champion in Whittaker.

This is a rematch from UFC 243 in 2019. In Whittaker’s home of Australia, Adesanya tagged Whittaker several times throughout the bout. In the second round, Adesanya hit a flurry of shots, with one of them taking Whittaker down. He landed one final shot before the ref stopped the fight.

Adesanya made his MMA debut in 2012. He is 10-1 in the UFC since joining the promotion in 2018. After beating Whittaker for the title, he has successfully defended it against Yoel Romero, Paulo Costa and Marvin Vettori.

Whittaker made his MMA debut in 2009. After winning “The Ultimate Fighter” in 2012, he moved from welterweight to middleweight. He was to fight for the interim title at first, but plans changed and Whittaker eventually beat Yoel Romero to become undisputed champion. Since losing to Adesanya, he has beaten Darren Till, Jared Cannonier and Kelvin Gastelum.

Will Whittaker or Adesaya have any issues making weight? What about Derek Brunson, who is looking for a middleweight title opportunity with a win over Jared Cannonier?

MORE: Robert Whittaker ready to get to work, reclaim middleweight title at UFC 271

Follow along below for live weigh-in results heading into UFC 271.

UFC 271: Israel Adesanya vs. Robert Whittaker 2 will take place Saturday, Feb. 12, with the early prelims kicking off the event at 6 p.m. ET. The prelims will begin at 8 p.m. ET and the main card will start at 10 p.m. ET. Adesanya and Whittaker should enter the Octagon around midnight ET, depending on the length of the undercard bouts.

MORE: Sign up to watch the UFC 271 PPV, exclusively on ESPN+

Sporting News may earn an affiliate commission when you sign up for a streaming service through our links. Sporting News’ affiliates have no influence over the editorial content included in this article.