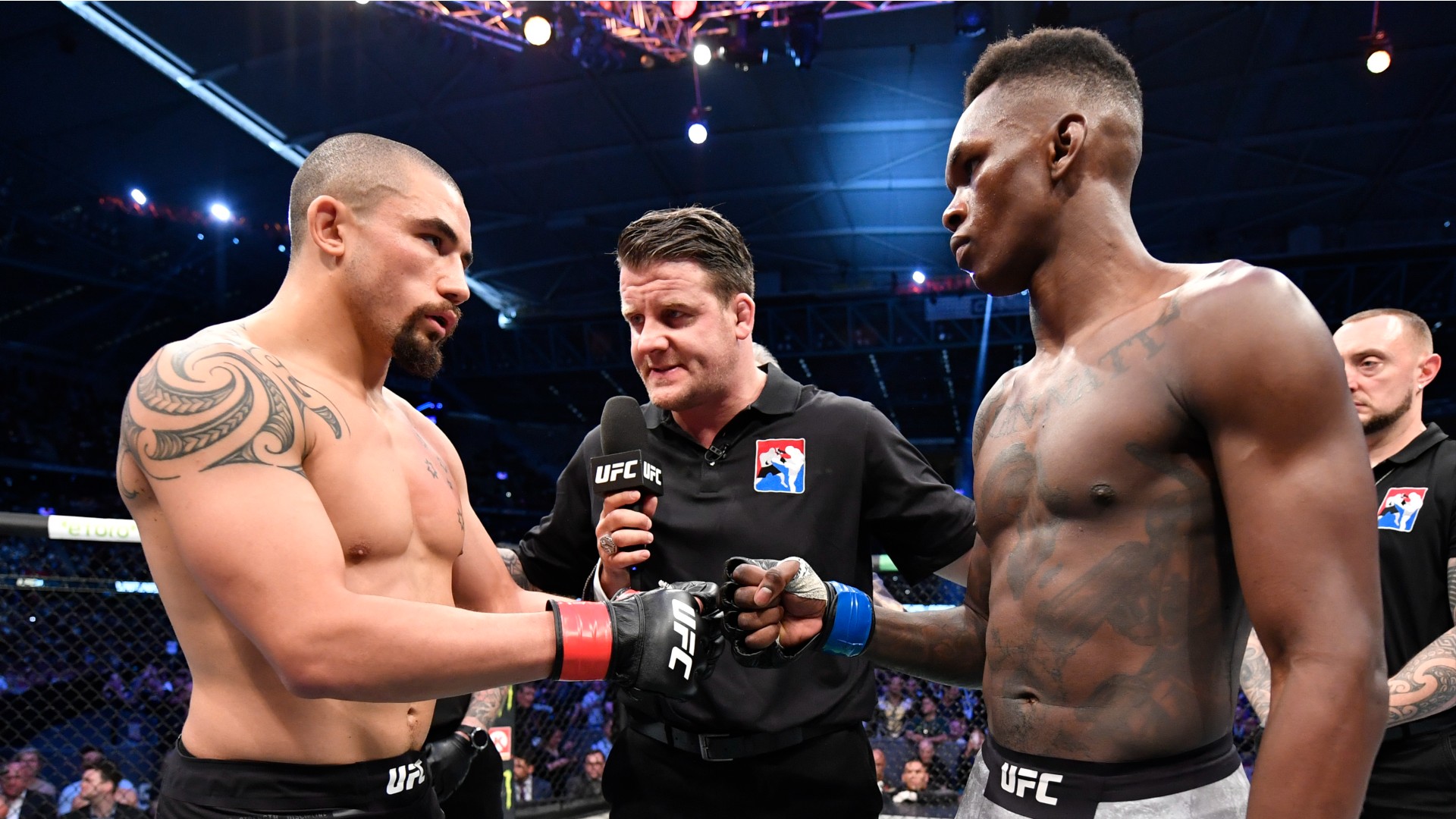 UFC middleweight champion Israel Adesanya will see a familiar face across the Octagon when he faces Robert Whittaker at UFC 271 at the Toyota Center in Houston on Saturday, Feb. 12.

Adesanya and Whittaker first met in 2019. Adesanya stopped Whittaker in the second round to become the undisputed 185-pound champion. Since then, Whittaker has clawed his way back into title contention with three straight wins. Adesanya, meanwhile, has made three title defenses, but he fell short when he attempted to become light heavyweight champion against Jan Blachowicz last year and suffered the first loss of his professional career.

Whittaker has beaten Darren Till, Jared Cannonier and Kelvin Gastelum — all by unanimous decision — to punch his ticket to a second championship opportunity. But Adesanya has been just as, if not more, dominant in his title defenses against Paulo Costa, Marvin Vettori and Yoel Romero.

Will the challenger make enough adjustments to get his revenge, or will the champion close this chapter with a dominant performance?

The Sporting News is here to give some insight on how to bet on this highly anticipated rematch.

All odds courtesy of FanDuel.

Adesanya will enter the rematch as a -265 favorite, meaning it will take a $265 wager to earn a $100 profit should he successfully defend his title. Whittaker is the underdog at +210, which means a $100 wager on the challenger winning will net a $210 profit.

How much has changed in the 2 1/2 years since Adesanya and Whittaker first met?

Honestly, not much. Whittaker has won three consecutive fights and he showcased impressive wrestling against Kelvin Gastelum, while Adesanya has defended the middleweight title three times but fell short when he tried to become a two-division champion against Jan Blachowicz. But if you look at how they fight, it’s hard to believe that Whittaker has improved enough to turn the tables on Adesanya.

MORE: Pricing and bundling options with the ESPN+ platform

Whittaker remains a dangerous striker, but some believe that his only clear path to victory is his wrestling. Blachowicz used it to neutralize Adesanya last year. The problem is that Whittaker only has 10 takedowns in 17 UFC fights, with four of them coming against Gastelum. That could mean Whittaker has turned a corner and recognized that he’ll need to be a true mixed martial artist to defeat Adesanya. It also could mean that it was just a byproduct of a fight he was dominating and he’ll revert to “Bobby Knuckles” when the cage door shuts against Adesanya.

Adesanya has shown tremendous improvement in his takedown defense. He kept Marvin Vettori from utilizing what might be the best wrestling in the division. Blachowicz had a considerable size advantage that Whittaker won’t have.

The key here is that it is unlikely Whittaker will be as aggressive in the rematch because Adesanya’s game is built upon capitalizing on his opponents’ mistakes. He learned that the hard way, and he would be foolish to duplicate that performance. Instead, expect a more cautious Whittaker who will try to pick his spots and mix up his offense.

It’s too bad that it won’t be enough against a sharpshooting counter striker.

If Whittaker is unable to close the distance and bring the fight to the ground, then Adesanya will be able to earn yet another decision through his masterful kickboxing. The moneyline for Adesanya to win is -265, which doesn’t yield a lot of value. But if you believe that Whittaker will take a more cautious approach, then expect Adesanya to be content to take what’s given and outpoint his opponent. At +170, there is value in a win by decision. It is a far better bet than taking Adesanya straight up.