Although his AMA Pro Racing career is a mere 11 races old as of last Saturday’s RedBud National in Buchanan, Michigan, Kitchen has impressed many with not only his run of top six moto finishes (six scores out of 10 motos), but he also his highly impressive opening moto win at Thunder Valley in mid-June. Now fifth in points in the the AMA 250MX National Championship, Kitchen finds himself up against the deep silica of Southwick, Massachusetts.

Q: I thought it was awesome that you’d never been to Thunder Valley before and showed up and won the opening moto…

LEVI KITCHEN: Yeah, that was kind of crazy. At Thunder Valley, I felt pretty comfortable right from the get-go. At High Point, though, I went fifteen-twelve in the two motos. I’d never been there and I don’t think I got comfortable by even the end of the last moto to be honest. It really just depends on the place.

Q: How about the RedBud circuit? You competed there last Saturday and raced to nine-four moto scores for fifth overall. That’s a strong score.

LK: Yep, RedBud was my first professional National last year. Last year I was 12th overall and this year I was fifth.

Q: And RedBud last Saturday wasn’t an easy afternoon for you. You came from 14th to ninth in the opening moto and in the second moto you came out of the top 10 to place fourth. What did you make of your day there?

LK: Yeah, I was fairly happy with it. I mean, honestly, in both motos I just struggled to really get going. My fastest laps were towards the end of both motos. If I’m going to get starts like that, which I hope I don’t anymore, it’s not going to help me. But it happens. I hope to just get through the pack faster. That’s what I really need to work on and I just need to have that mindset that I belong up front. Sometimes it takes me the first moto to realize, “Oh, I came from 25th to whatever.” I need to reassure myself that I belong up front. It’s kind of tough. It’s just that learning. It’s the unknown, you know? Some days you feel the best ever and some days you just don’t know what you’re doing out there. It’s all an adjustment for me right now. 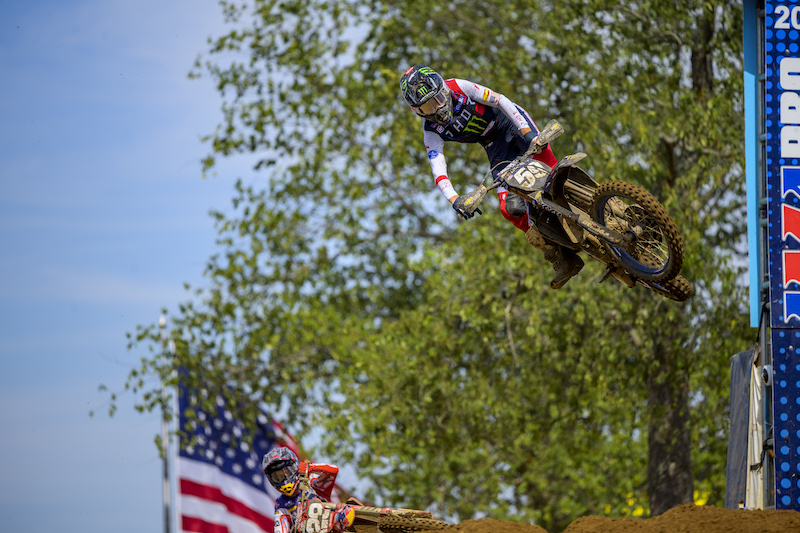 Q: You’ve been pretty hard on yourself in the moto media about your starts. Have you been able to work on them?

LK: Yeah, this week actually I went out and did over four hours of starts. Hopefully we figured some stuff out and I think it’ll all come easier with confidence, too. I don’t know. It’s like one in every 10 starts has been good. At Colorado, it just so happened that one of my starts was a good! I’ll get them figured out and once I do I know I can be up front every moto

Q: The 250MX classification is so competitive, isn’t it?

LK: Yeah, it really is. You know I watch the 450 class and everybody kind of knows where they belong ad once they get there, they kind of stay there. The 250cc class, man, it’s ruthless. You’ve got guys and some of these rookies and they can go fast and they’ll go as fast as they can until they get tired. Some of the guys are hard to get around, I will be honest – I might be one of those guys! I don’t know. Everybody is aggressive. Nobody is out there just to make a paycheck. They’re there to prove themselves and to get that 450 opportunity.

Q: OK, we’ve got Southwick this Saturday and then Millville and then your home race at Washougal over the next couple of weeks. How are you looking at these races?

Q: What are you going to try and achieve in the two motos at Southwick?

LK: Two great starts and putting myself in position to win, really. Obviously, I was really happy with the podium overall at Thunder Valley, but we always want more. To be honest, I’d be happy walking away with a top five overall again. Where I’m at in points I’m pretty happy with for what is technically my rookie year. I want to get some wins. I would love to get a win before this season is over.